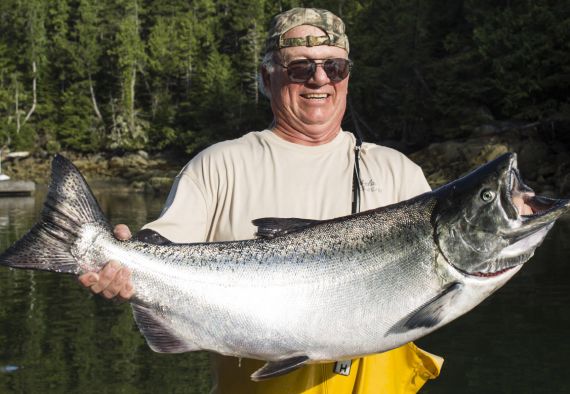 Just when we thought spring was upon us & that things were thawing out a bit here in the Pacific Northwest, we are DEEP into another cold snap … hopefully our last one! What a winter it has been with record rain, snow & storm conditions all over North America. California had been in a 4 year drought & was the driest it had been in an estimated 500 years & then the storms came.

There are all sorts of indicators of this record precipitation, including reservoirs that were almost empty that are now spilling their banks. Perhaps most remarkable is that Mammoth Mountain in CA. received over 20 feet of snow in January! All this bodes well for the returning salmon runs all over the Western Pacific with an abundance of water in the rivers & more to come with the soon to melt snow pack. There are already signs of good fishing to come, with record early season Chinook/King salmon catches. Reports are coming in from the banks offshore of the West Coast of Vancouver Island that they are having some of the best fishing in memory with some 20 fish days! These Chinook salmon are the early season “Springs” headed south to the Rivers in WA. OR. & CA. We are anticipating another record season at the Rivers Inlet Sportsman’s Club so book your trip today as we are filling up fast!

We are pleased that our trip bookings are coming in steadily. We remind you at this time to book your flights & hotel as soon as you know your trip dates. Vancouver seems to be getting busier & busier every summer & gets “sold out” well in advance. Also, it is always a better idea to plan a leisurely trip & not be worried about making same day flight connections. This is why we encourage our guests to travel the day before & the day after the fishing trip dates. If you have yet to book your fishing trip, contact us soon to ensure you have the best choice of available trip dates. 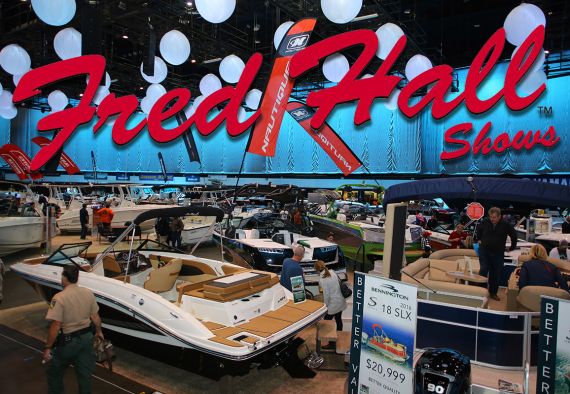 Stephanie & Simon are in the booth exhibiting at the annual Fred Hall Long Beach Show this week. The 71 year old Fred Hall Show at the Long Beach Convention Center is the world’s largest sportfishing show, California’s largest boat show & an international leader in hunting & fishing travel & other outdoor recreation. There are hundreds of tackle manufacturers, international hunting & fishing booths (like ours), countless boats & fishing related vehicles, casting ponds & demonstrations & many daily seminars on everything to fly-tying, GPS operation to cooking classes. There is so much to see & do so bring the whole family down for a full day of fun. You can research all the information on the Internet about a new fishing adventure or rod/reel, but there is nothing like coming to a show like this & speaking face to face with the operator/outfitter/manufacturers themselves.

Born in Connecticut in the early 20’s, he moved to Miami when he was young & grew up fishing there. As a teen he moved to CA. & continued his passion for fishing. In 1946, with the opening of his first show, Fred became the pioneer fishing show promoter. The show was a success & continued to grow & evolve moving through a number of venues. It finally landed at the Long Beach Convention Centre in 1978 & with the addition of vehicles & boats, became the largest & now longest running consumer fishing show in the world. This is a title that it still holds to this day. Besides boats & vehicles, he added famous speakers, fresh & saltwater mobile aquariums & now more than 200 exhibitor booths offering exotic trips to fish & hunt around the world. Fred believed that the key to the future of sport fishing was the youth & children under 12 years of age are to this day still admitted free. Further, he encouraged everyone in the industry to teach the kids how to fish to ensure future customers for all in the business. An estimated 1/2 a million kids have learned to fish at Fred’s Shows over the 70 years. He was also a conservationist being a leader in the movement to ban gill nets in in-shore waters, as well as a big contributor to non-profit organizations dedicated to the promotion & propagation of sport fishing. Fred passed away on March 4, 2000. Fred Hall’s legacy is that he introduced & influenced countless thousands of men, women & children to sport fishing. Through his efforts of promotion & conservation sport fishing will continued to be enjoyed by future generations!

His son Bart Hall, his family & their Team have continued on in Fred’s footsteps. We have been exhibitors at the Fred Hall Shows for over 20 years & after a couple of year hiatus, we returned in 2016 & we are looking forward to the show this week. Every year the show just gets bigger & better. We are excited to see some longtime customers & friends & meet so new fisherman who want to come to the lodge & experience the magic of the Rivers Inlet Sportsman’s Club on the dream fishing adventure of a lifetime! And if the sun is out & warm, we might even sneak in an hour at the pool. It has been a long winter in Canada!